The Tiwi Islands have a dry monsoonal climate, characterised by a hot and humid wet season and a dry and hot dry season. The timing of the transition between the two seasons varies, with the dry season starting anytime between late March and late May. The length of the seasons, however, is relatively constant. Winds are mostly north-westerly in the wet season, and south-easterly in the dry season.

Average temperatures range from around 19 to 30°C in the dry season to 25 to 33°C in the wet season. During the colder dry season months of June and July, inland temperatures can reach as low as 12°C overnight. The variation in daylight length only varies by about 1.5 hours.

More detailed climate statistics are available from the Australian Government’s Bureau of Meteorology for Point Fawcett (Cape Fourcroy) on Bathurst Island and Pirlangimpi and Milikapiti on Melville Island.

There are three major seasons on the Tiwi Islands: Kumunupunari, the dry season; Tiyari, the build-up season; and Jamutakari, the wet season. Within the three main seasons there are 13 overlapping minor seasons. The onset and duration of these seasons varies from year to year.

Hector is the name given to a cumulonimbus, or thundercloud, that forms nearly every afternoon above the Tiwi Islands from September to March each year. Hector is known as one of the world's most consistently large thunderstorms, reaching heights of approximately 20 kilometres. It is responsible for bringing significant early rainfall to the Islands, resulting in a slightly longer wet season than that on the Australian mainland.

Named by pilots during the Second World War, the recurring position of Hector made it a navigational beacon for pilots and mariners in the region. Hector is caused primarily by a collision of several sea breeze boundaries across the Tiwi Islands and is known for its consistency and intensity. Lightning rates and updraft speeds are notable aspects of this thunderstorm

Since the late 1980s the thunderstorm has been the subject of many meteorological studies, many focussed on Hector itself, but also utilising the storm cell’s consistency to study other aspects of thunderstorms and lightning. A visualisation of Hector can be viewed here. 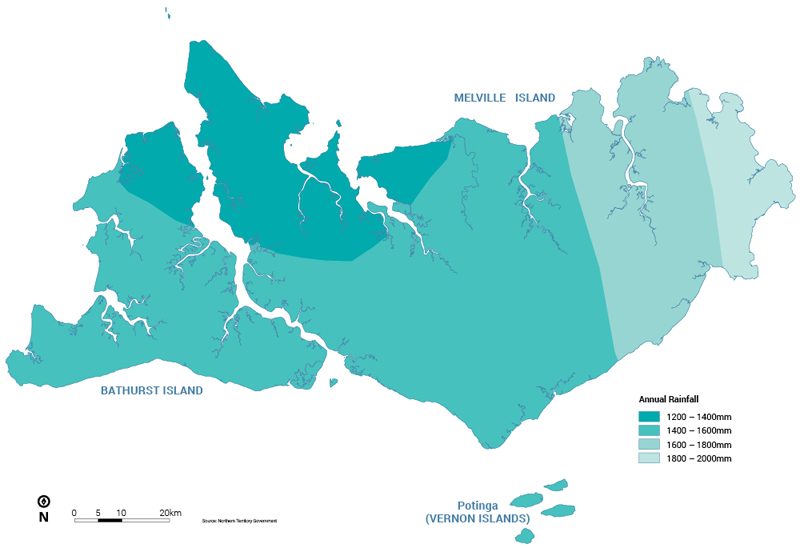