Wurrumiyanga, located on the south-east coast of Bathurst Island, is the largest community on the Tiwi Islands.  Visitors to the Tiwi Islands must apply for a permit however, if you are travelling to Wurrumiyanga on a SeaLink ferry or with a hosted tour your permit will be covered. The SeaLink ferry operates between Darwin and Wurrumiyanga and takes approximately 2.5 hours each way. Major attractions at Wurrumiyanga include Tiwi Designs, Bima Wear, Ngaruwanajirri, the Patakijiyali Museum, and the old Church precinct. The Tiwi Islands Football Grand Final and Art Sale, held annually in March, is a highlight. Permits are not required for this event. For further information download the Wurrumiyanga Day Visitor Guide and visit Transport and Accommodation.

Tiwi Islands Adventures is owned by the eight Tiwi Landowning Groups.  The company, which was established in 1998, operates from two remote locations on the Tiwi Islands. The Melville Island Lodge headquarters is located on Snake Bay just outside of Milikapiti, while the remote Johnson River Camp is in the upper reaches of the Johnson River on the east coast of Melville Island.  Tiwi Island Adventures has exclusive access to a range of major river systems, coastal creeks, bays, inlets and reef fishing destinations, and practices catch and release.  Fish species include barramundi, mangrove jacks, threadfin salmon, saratoga, golden snapper, black jewfish, queenfish, giant trevally, spanish mackerel plus many others.  For further information about fishing on the Tiwi Islands refer to Fishing the Tiwi Islands.

Tiwi Tours is owned by Mantiyupwi Pty Ltd, which was established in 2007, and sub-leased to AAT Kings. Full day tours to Bathurst Island are available and transport from Darwin is by plane or ferry.

There are three camping areas on the Tiwi Islands for use by recreational fishers. These campsites are only accessible by boat, and visitors can camp for up to seven days.  Information about campsites and permits can be found here.

It is permitted to take photographs for personal use, as a memento of your visit, but you must always seek written permission from individuals before taking their photograph or filming them. Please be open, honest and respectful in your dealings with Tiwi people and use the Tiwi Media Consent Form. A signed Consent Form provides a record of your interaction, respects Tiwi interests, and will help avoid potential misunderstandings.

PLEASE NOTE: You will need to apply for a Media Permit to film or take photographs of the Tiwi Islands for publication or for commercial purposes.

Social media posts have the potential to cause offence to Tiwi people. Do not upload audio, video or images of people to Facebook, Twitter, Instagram, YouTube or blogs without written consent from the individuals involved.

Before visiting the Tiwi Islands please carefully check your clothing and footwear for weed seeds, ants, soil and fungus. The natural resources of the Tiwi Islands form the basis of traditional activities and underpin economic aspirations. The introduction of weeds and other pests and diseases would place the biodiversity at great risk, compromise fledging enterprises and destroy hopes for an independent Tiwi economy. Please visit Quarantine for more information. 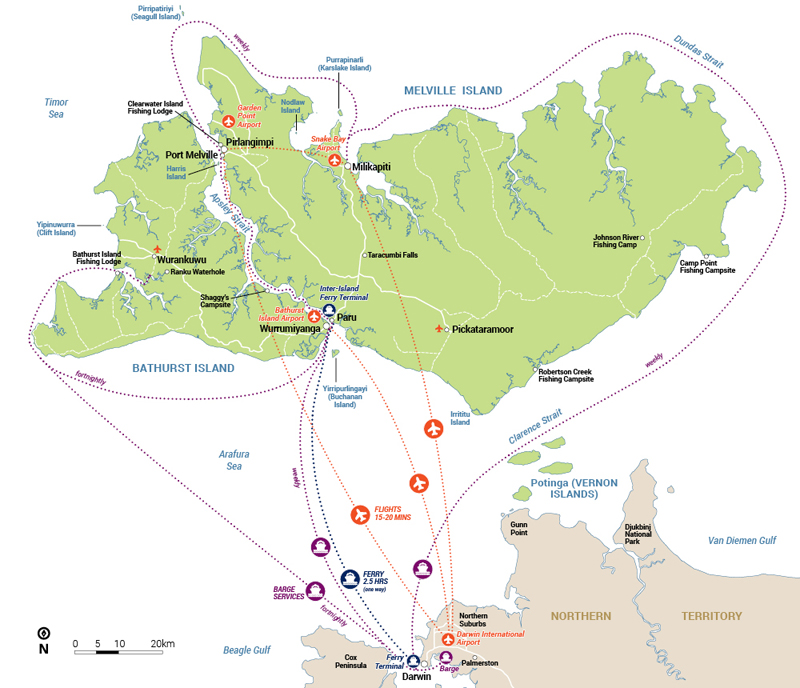