The Tiwi Islands has a long history of forestry. A small sawmill on Melville Island provided Karntirrikani or native Cypress pine (Callitris intratropica) for the rebuilding of Darwin after the 1897 cyclone. The first forestry plantations of an exotic pine, Caribbean pine (Pinus caribaea), were trialled in the 1950s and 60s. Within a decade Caribbean pine had shown real potential and was adopted for the main thrust of future forestry development. When the Northern Territory Government ended its involvement in Tiwi forestry in 1986, more than 4900 hectares of Caribbean pine, Karntirrikani, and the first trials of Acacia mangium, were handed over to the Tiwi Land Council. In 2001, the Tiwi Land Council and Australian Plantations Group (later named Sylvatech) commenced a major expansion of Acacia mangium plantations on Melville Island to supply woodchips. 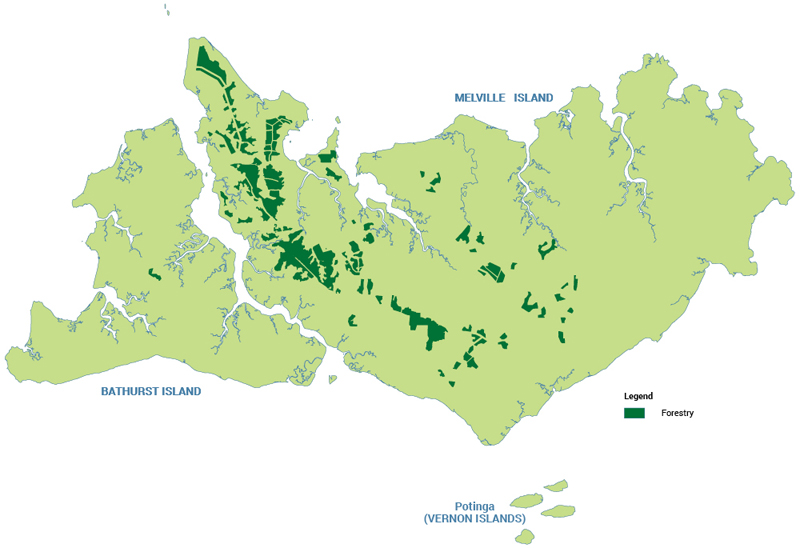